June 11, 2012
The fort is in the form of a square with batteries and bastions in the angles and sides. The glacis to the east is overgrown by trees. The south side is guarded by the river and the other faces are protected by a ditch. the outer wall of the ditch and the river bank are strongly revetted The ramparts are of cut stone well fitted with mortar. Inside is a large vaulted chamber said to have been the Kacheri of Gatti Mudaliyar. Another large building with an inner court is supposed to have been his harem and dwelling place. On the south face of the ramparts is Gatti Mudaliyar's pleasure house, a roof on pillars with obtuse pointed arches. Near this is a water gate, cunningly built and strongly defended, leading to the river, and on the north face is another, leading into the ditch. The fort also contains a Vishnu temple which is a apparently a latter construction by Gatti Mudaliyar.
It is Protected by Archaeological Survey of India 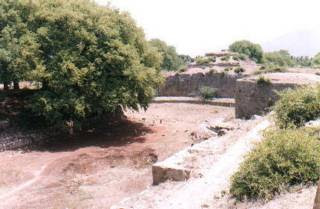 DITCH(AGALI) ARROUND THE FORT - WESTERN SIDE 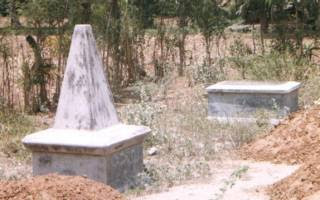 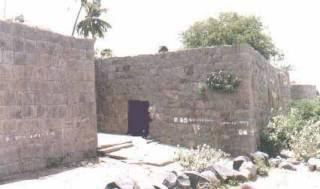 NARROW ENTRANCE OF THE FORT

EASTERN END OF THE FORT ON THE RIVER BANK


The Attur is a very ancient and as regards history of the town. Attur is known as the river town. The town is situated on the southern bank of the Vasista river. It dates from 921 and was known as Milattu and Kutratthu Brahmadheyam Malayaman Attur and Malaiyaman Attur. It cam to be known as Attur Ananthagiri (Attur Many of hills) during the Mysore rule beginning in 1689,. The name was shortened to Attur at end of the 18th Century. It was formed part of Hyder domines till 1768. Then it surrendered to Mr.Wood of East India Company. Again Hyder regained it form that company. After that company won a decessive victory in the 3rd Mysore was against Thippusultan. The fort was garrisioned in 1792 by the 23rd Madras batallion of the company under the command of captain compbell. Its status was reduced to that often ordnance station in 1799 and was occupied by the detachment of the company regiment stationed at Sankagiri. The fort remained so until 1854 when it ceased to be military station. Attur fort is now ruined stone fort and situated on the northern bank of the Vasista River occupying an area of 62 acres.

It is constructed by a local Palayakarar, C.Lakshmana Nayakan (17th Century). Until recently it was believed to have been built up the founder of the Catti Mudali Dynasty who did built the Siva and Vishnu temples in the fort. Except for a couple of buildings which under the care of archeological department, most of the fort is encroached up on by slums and small forms. The once massive walls crumbling.

The fort walls (about 30 feet height and 15 feet wide at the top) were reverted by wedge shaped cut-stones fitted without mortar. The stones for the walls were reportedly quarried from the hill rock, Kalladithankundru (quarry hill). The fort was guarded by the river and east and by moats on other side. The large valuated chamber inside the fort is believed to have been audience hall during the Gatt regime. The spacious and well ventilated pool-house, built the pleasure of the royal family, obtained its water from the river through an ingeniously constructed and strongly defence water gate. 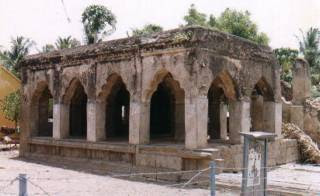 VIEW POINT (on the fort) 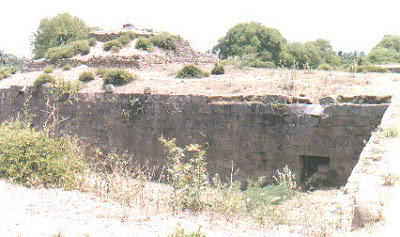 SUB WAY OF THE FORT 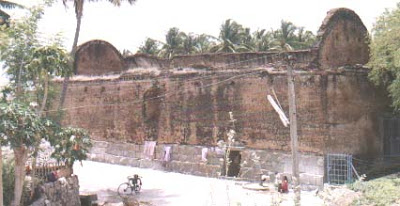 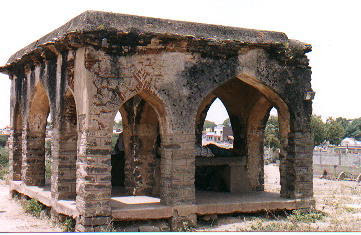 VIEW POINT (on the fort)

Attur Fort lies on the banks of River Vasishta. Located at Attur, it was built by Gatti Muthaliar, a local Chieftain, between 1559 and 1585.
A square shaped fort, it has batteries and bastions in the angles and sides. The south side of the fort is guarded by the river and the other sides are protected by a ditch. There are three large and one small bombproof chamber inside the fort. A large vaulted chamber is said to have been the Kacheri (administrative block) of Gatti Mudaliyar.

Another large building with an inner court was used as his harem and dwelling place. Gatti Mudaliyar's pleasure house is sited on the south face of the ramparts. A water gate is also seen in the vicinity. The fort gate is in the center of the eastern face.

The fort houses the temples of Lord Shiva and Lord Vishnu and a shrine of Muniyappan, the guardian of the fort.

Popular posts from this blog

June 13, 2012
Poolampatti  ( பூலாம்பட்டி ) is the best location in Salem district  This is located on one of the banks of river Kaveri. The daily boat ride across River Cauvery in picturesque Poolampatti in Salem district throws safety to the winds.  In Salem we have a nice place Called Poolampatti which is nearly 40 km away from Salem city.  Every one in Salem please Visit it once.Boat ride Poolampatti to Nerunjipettai in erode. The main occupation is agriculture here. With this cattle also adds to the source of income.  Poolampatti is the ideal location for shooting films. Rasukutti, Pownu Pownuthan, Mutrugai, Samundi, Thamarai, Tele shooting such as Sun TV Sivasakthi etc. were taken here. Location View Larger Map
2 comments
Read more

June 11, 2012
About Salem  If you are interested to spend your holidays in a calm and cool place, you can come to Salem. The Famous Tamil Poet – Avvaiyar’s birth place is Salem. Being the central part of Tamil Nadu, it is famous for stainless steel. Tamil Nadu’s fourth largest city is Salem. Surrounded by hills, Salem is also a part of the Kongu Nadu (Coimbatore and Erode) region Salem is at the base of the renowned tourist destination of Yercaud hills, which offers breathtaking views both along the ride up the hill and from the peak. There are also remote sites of beauty such as Kiliyur Falls.The city is surrounded by a natural amphitheatre of hills formed by the Nagaramalai to the north, the Jeragamalai to the south, the Kanjanamalai to the west, and Godumalai to the east During the month of July, Mariamman festival is celebrated in Salem for 15 days. Here lot of Mariamman (Hindu Goddess) temples are attracts large number of tourists. This is the best period to visit here. The amusement Park
22 comments
Read more

June 12, 2012
Pachimalai Hills are a part of the Eastern Ghats in the southern state of India,Tamil Nadu. The hills are spread over the districts of Tiruchirapalli, Salem and Perambalur. Pachai in Tamil means green and the Pachimalai hills is greener than the some of the hills located nearby. The rivers flowing through the hills are Kallar and Sweata Nadi. The Veeraramar Dam is located in the hills across the Kallar River. The waterfalls in the hills include Mangalam Aruvi, Koraiyar Falls and Mayil Uthu Falls. The most cultivated fruit in the hills is jackfruit.  There are many native tribes inhabiting the hills. The hills are spread over the towns of Thuraiyur, Esanai, Perambalur, Gangavalli, Thammampatti, Arumbavur,Malayalappatti, Thedavur and Uppiliapuram.  Pachai means Green and malai means mountain.Pachamalai which spread with a few ranges is a haven of the tribal of this region with unique culture and way of life.It's altitude is 500 meters to 1000 meters above msl.This mountain r
Post a Comment
Read more